Apparently, Canada’s government is trying to use fake news reports in an attempt to drive up their real estate sales. Many are left wondering why the government is using citizen’s money to write fake articles about refinancing homes. Experts believe they are doing it to boost sales in the real estate market and trick their citizens into the idea they should buy a home through the use of a real estate agent, based off statistics that are made up.

Creating Your Own Problems

Canada has been deep in debt for many years now, especially in the real estate market. So the question on so many people’s minds is “Why is the Canadian government spending hundreds of thousands of dollars to have fake articles secretly written to advise their citizens how to apply for new mortgages and take on more debt?” Blacklocks’ Reporter is a reporting agency based out of Ottawa who recently took the time to comb through piles of different government contracts for hundreds of thousands of dollars worth of articles to be written by different departments. Among the documents, many were written on how Canadians could apply for a new Home Equity Line of Credit (HELOC) and join in on the so-called “condo boom”.  In recent years, Canada has been plagued with an abundance of unsold condos, reaching a 21 year high as recently as 2015.

The news distributor known as News Canada offers free news content for their news organizations to use, without worry of copyright infringement and cost. They do this in order to help different news organizations gain extra print pages or views to their articles. However, if they are not charging for this service or content, how do they expect to get paid? It’s not like they’re new testing out a new business model… one that includes free content in exchange for future partnerships. The company has been around since the 1980s and has always had a somewhat controversial way of marketing their services. It is not always clear who the sponsor of the content actually is, and with widespread speculation that much of the content is “fake news” turns out to be an issue. 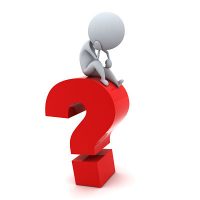 The question of who is sponsoring all of this content handed out by News Canada poses an issue with the government. They now deem any content that is “state-sponsored” to be considered as “fake news”, period. This issue becomes even more noticeable because the states are spending more than $500,000 to have this content written as government news. Canada’s government pays a lot of money each year to have their own content distributed.

The Canadian government has been spending a small fortune on distributing real estate articles in the news about easy ways to sell a home or buy a home. Much of this content, however, is being written by employees of the government and is usually harmless in nature. While much of the content about tips for safeguarding your privacy or how to make tax preparation is harmless, the same cannot be said true for the many articles coming out now about how to be crafty with banks and real estate lenders to get a loan you should not be getting. It can get a bit dicey when your own government is trying to introduce new insights and products to their people, such as introducing them to creative ways of getting approved for a HELOC. This is especially bad in the current market and poses a huge concern for Canadians nationwide. 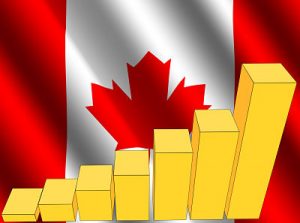 Recently, Statistics Canada had paid for an article that talked about the different real estate trends taking place in the country. There were a lot of points throughout this article that certainly raised some eyebrows to readers. Many of the topics discussed had obviously not been researched. This leads many to question if it was done to try to boost real estate sales on false pretenses. It was all too clear that Statistics Canada did not get accurate numbers for things like the current interest rates, and the actual number on cap rates, a calculation used in determining the profitability of a real estate investment.

The worst thing about this piece was that it was nothing like the kind of content you would usually expect from any type of government agency. The typical “real news” content pieces commonly released by government media relations “professionals” usually contain hard-to-dispute facts and statistics, not articles that are riddled with suggestive information and marketing lingo. The reasons why the Canadian government would choose to write their own articles and press releases, but pay someone else to distribute them, is yet to be figured out.

If you are in the market to buy or sell a home do some research beforehand. Watch the video below about the Canadian Real Estate market and what to expect in 2019. Speak with a knowledgeable realtor in the area. A great Real Estate Agent will know the ins and outs of the market and be able to guide you on your path of home ownership or selling a home. Don’t end up a victim of the real estate misinformation, speak with a trusted Realtor first.

About the Author: editor